We are OPEN - For Booking Call 01142 360298 or email us - Read more about our guidelines -
Safer Socialising
skip to Main Content
01142 360298 bookingsshepleyspitfire@mustardpubs.co.uk

A warm welcome awaits you at The Spitfire, we are proud to cater for any or all of your needs, which is why we offer a wide selection from our menus to suit all dietary requirements. We can offer our private function area for that special occasion, whether you choose food or just a gathering for drinks. 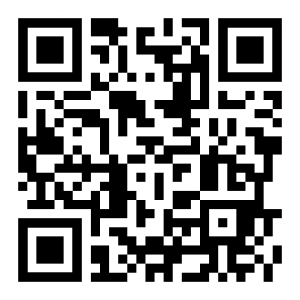 Stay Safe with Safe Socialising at The Shepley Spitfire

A passion for food?

Truly your local, fully refurbished, and here to serve.

Need to get in touch ?

THE HISTORY OF THE SHEPLEY SPITFIRE

In 1978 a Nottinghamshire brewery, Hardys and Hansons, built a new public house on Mickley Lane. A competition was held to find a suitable name and the brewery chose that suggested by Seymour Shepley of Woodthorpe Hall, which lies a few hundred yards away in the parish of Holmesfield.

The Shepley family came to Woodthorpe Hall in 1926. Jack and Emily Shepley had four sons, Seymour, Rex, Frank and Douglas, and a daughter, Jeanne. Both Rex and Douglas joined the Royal Air Force. In the early summer of 1940 Douglas Shepley had married Frances “Bidy” Linscott, a young nurse from Sidcup in Kent. Douglas was a Spitfire pilot in 152 Squadron stationed at Warmwell in Dorset and was one of “The Few” who fought in the Battle of Britain. He shot down two Messer-schmitt 109s,one on the 8th and the other on 11th of August. On 12 August the squadron was scrambled to defend Ventnor radar station on the Isle of Wight. Pilot Officer Douglas Shepley was last seen pursuing enemy raiders and was shot down over the English Channel, south of the island. His body was never recovered but he is commemorated on Panel 10 of the Runnymede Memorial near Windsor, one of 20,000 RAF aircrew with no known grave. Devastated as the family were after losing three of their children, they decided to do something positive. Emily and her daughter-in-law Bidy set about raising £5,700 (over £300,000 in today’s terms) to buy a new Spitfire.

The people of north Derbyshire and south Yorkshire rallied round magnificently organising whist drives, concerts, dances and various other events. There were collections in local cinemas, pubs, theatres and shops and within fifteen weeks the money had been raised. That is the story of courage and sacrifice that lies behind the name on our local pub.